“Since then, he’d suffered a haunting phobia of enclosed spaces – elevators, subways, squash courts. The elevator is a perfectly safe machine, Langdon continually told himself, never believing it. It’s a tiny metal box hanging in an enclosed shaft! Holding his breath, he stepped into to the lift, feeling the familiar tingle of adrenaline as the doors slid shut” (43-44).

Robert Langdon, a Harvard Professor, said this when he was entering an elevator at the Louvre Art Gallery in Paris, after being summoned by the captain of the French police force, Bezu Fache. Jacques Sauniere, an important French figure, was murdered earlier that evening in the Louvre, and arranged his body in a very bizarre way, Langdon thought he was summoned as a witness, but in fact he was a suspect. This quote is somewhat ironic, because it implies that Langdon is a cowardly man who doesn’t take risks, but throughout the entirety of the novel he is constantly taking risks; he is running from the police, etc. This just goes to reveal that Langdon is cowardly when it comes to matters that he feels he has no control over. He can’t control the motion of the elevator shaft, but he can control his own actions, that is why he wasn’t cowardly when he ran away from the police numerous times. He decided to run away, he could stop running if he wanted to, he had complete control over himself. But with matters such as in the quote above, he was cowardly. Even when Langdon was at gunpoint, he was less cowardly than when it came to the elevator shaft, because Langdon possessed the power to knock the gun out of the holder’s hand. As I mentioned before, Langdon was a risk taker, but only with matters in which he had control over, “...He felt the familiar twinge of adrenaline”. The theme introduced is the absurdity of life; people seem to fear the things that are the least fearful. Robert Langdon, a well known man, who takes numerous risks throughout the novel, is scared of an elevator shaft. That makes Langdon sound ridiculous and absurd. He should fear for his life, or a prison sentence, not an elevator shaft. Also, a man Langdon was supposed to meet up with was brutally murdered, and all he could seem to think about, was the elevator shaft. This novel is about overcoming your fears for your sake, and for others, because sometimes your fears not only affect yourself, but they affect others as well. Langdon’s phobia of elevators seems harmless, but what if he had to ride an elevator in order to save someone’s life? To do something with fear is better than not doing it and regretting it for the rest of your life.
Samar Al Ansari
Grade 10.3
June, 12,’04

Ask Me
Not, how did he die, but how did he live?
Not, what did he gain, but what did he give?
These are the units to measure the worth
Of a man as a man, regardless of birth.
Not what was his church, nor what was his creed
But had he befriended those really in need?
Was he ever ready, with the word of good cheer
To bring back a smile, to banish your tears?
Anonymous
Posted by Um Samar at 7:50 PM 1 comment:

"Don't hate on others because you're only teaching those people hate."

(SAMAR wrote this in one of her papers...Um SAMAR)
Posted by Um Samar at 9:43 AM No comments:

What We Need to Know to Have Fun at School

So that he seemed not to relinquish life, but to

leave one home for another.

Cornelius Nepos
Posted by Um Samar at 12:07 AM No comments:

Faith ...is the Pierless bridge
Supporting what We see
Unto the Scene that We do not...
Emily Dickenson
Posted by Um Samar at 11:55 PM No comments:

Tears,idle tears, I know not what they mean,
Tears from the depth of some divine despair
Rise in the heart, and gather to the eyes,
In looking on the happy autumn fields,
And thinking of the days that are no more.

Fresh as the first beam glittering on a sail,
That brings our friends up from the underworld,
Sad as the last that reddens over one
That sinks with all we love below the verge;
So sad, so fresh,the days that are no more.

Ah, sad strange as in dark summer dawns
The earliest pipe of half-awakened birds
To dying ears, when unto dying eyes
The casement slowly grows a glimmering square;
So sad, so strange,the days that are no more.

Dear as remembered kisses after death,
And sweet as those by hopeless fancy feigned
On lips that are for others;deep as love,
Deep as first love,and wild with all regret;
O Death in Life, the days that are no more!

The Catcher in the Rye

The Catcher in the Rye, by J.D. Salinger is a novel about a young teenage boy’s troubles and his path of self-discovery in the modern world. It received so much critical acclaim because the tone, mood, and diction of the story were very different than those of the stories the people of that time were used to reading. The diction of the story was colloquial, and included foul language, and slang. The author did this, so that you can feel with the main character Holden, and feel apathetic towards him, because while reading this book you recall the times you felt the way Holden felt. It is worded in such a way that you think you know Holden, because he talks, acts, and feels just the way you and your acquaintances do. It is written in such a personal way to attract the reader’s attention in order to familiarize the reader with the problems we face today. Sometimes while reading old fashioned books that have a rather complicated word choice, you find yourself confused and the meaning of the story is totally lost on you. But while reading The Catcher in the Rye, you understand the story, because you are familiar with the dialect used in the story, and you are interested. “Willya do that? I hope you enjoy your stay in New York. It’s a grand place.” In this quote, slang is exhibited, and you are interested to read on, because slang creates a real effect. The author also uses a technique in which the main character is talking to the reader. This technique makes you feel like you’re part of the story. “She’s all right. You’d like her. The only trouble is, she’s a little too affectionate sometimes.” The author’s words were carefully chosen in order for the reader to fully recognize the tone of the story.

The main tones of the story are anger, hostility, criticism, and frustration. The author creates a teenage boy in order to show his own personal feelings of hostility and anger towards the world we live in today. Holden is critical of every little thing. He is frustrated with his life, so he goes on a path of self-discovery in which he couldn’t find himself. He is angry at the world. He’s angry that his brother is dead, he’s angry that he goes from school to school like an unwanted dog. “Well, I hate it. Boy, do I hate it,’ I said. ‘But it isn’t just that. It’s everything. I hate living in New York and all. Taxicabs, and Madison Avenue buses, with the drivers and all always yelling at you to get out at the rear door, and being introduced to phony guys that call the Lunts angels, and going up and down elevators when you just want to go outside, and guys fitting your pants all the time at the Brooks, and people always..“. The use of foul language in the novel, reflects the feelings of hostility and anger towards the world.

The overall mood of the story was depressing. While reading it, I felt bad for Holden. My heart filled with sympathy with every page. The tone and the diction contributed to this overall feeling of depression. For instance, the use of foul language is a negative thing, and makes you look at the world negatively. Also, the tones of the story are mainly negative feelings, which also contribute to this overall feeling of depression. While reading Holden’s harsh criticism of our world, you can’t help but feel bad and depressed that someone who you’ve gotten to know feels this bad about the world that you live in. You feel depressed, and then start noticing the fine details in life that Holden notices. “It’s full of phonies, and all you do is study so that you can learn enough to be smart enough to be able to buy a goddam Cadillac some day, and you have to keep making believe you give a damn if the football team loses, and all you do is talk about the girls and liquor and sex all day, and every body sticks together in these goddam cliques.” Holden’s views on our conformist world, makes you feel depressed and shocked at the same time, that someone can hate the world he lives in that much.
Samar Al Ansari 10.3
Oct. 3, ‘03
Posted by Um Samar at 4:10 AM No comments:

"He that is thy friend indeed,
He will help thee in thy need:
If thou sorrow, he will weep;
If thou wake, he cannot sleep:
Thus of every grief in heart
He with thee does bear a part.
These are certain signs to know
Faithful friend from flattering foe."
Posted by Um Samar at 12:04 AM No comments:

"The human spirit is stronger than anything that can happen to it."
C.C.Scott
Posted by Um Samar at 4:49 PM No comments: 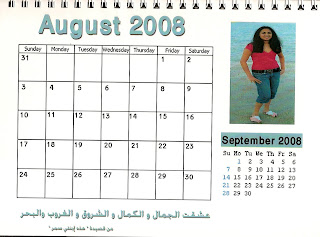 My Heart is Broken

Your passing left my heart broken
With a lot of pain, mostly unspoken

How can a mother's broken heart still beat
After seeing her loving daughter motionless on the street?

How can a mother see her daughter fully clad
In a snow white sheet without feeling miserable and sad?

I reminisce over every happy moment we had
And for having you as my daughter, I am so glad

I am so fortunate to be your mother
And so are your father, sister and brother

If it was not for the love and memories you left behind
I would have been buried by now, next to you in the sand