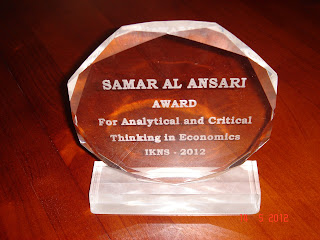 Dr. Joyce Brothers, a famous psychologist, once said, “An individual’s self-concept is the core of his personality. It affects every aspect of human behavior: the ability to learn, the capacity to grow and change. A strong positive self-image is the best possible preparation for success in life".
These qualities were all seen in Samar Al-Ansari. She was one of the most well-rounded students in the history of IKNS. She was an outstanding example of confidence, kindness, helpfulness, and friendliness- all qualities that a student should possess. Many of you might not have known her personally. Samar excelled in both academics and sport.  From KG1 until her graduation in 2006, Samar always made an outstanding effort and her contribution to the school was great. Hence, in memory of Samar, her parents have established two, annual prizes- which are given to two, senior-year students- a student who has achieved the most outstanding performance in Economics, and to another student who excelled in Physical Education. In Economics, Samar had the ability to question and to understand economic theories- for she excelled in thinking “outside- the –box”. Indeed, Samar was a unique student.

As a tribute to Samar, who was a member of the Honor Society, and to honor her memory, the Economics prize is awarded each year to a student who excels in the following criteria:

Talal‘s articulation and clear writing as well as his analytical abilities and critical thinking skills made him the most eligible candidate among 22 students taking economics in 2011-12.

I have the pleasure to invite Dr. Randah Hamadah, Samar’s mother, to present the Samar Al Ansari’s Award in Economics to Talal Al Aradi. 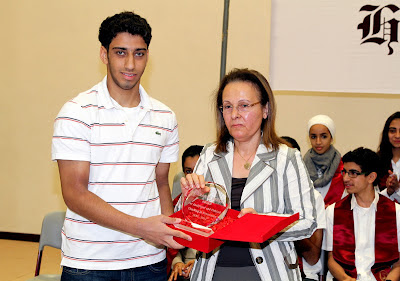 Who is this person? He or she must be so sweet
To have left you a red rose, I wish I can meet

As I picked it from the floor I called your name
Asking,” Do you know from whom this rose came?”

Thank you for the rose whoever you are
I know that Samar thanks you from afar.

Remembrance is a golden chain
Death tries to break,
but all in vain.
To have, to love, and then to part
Is the greatest sorrow of one's heart.
The years may wipe out many things
But some they wipe out never.
Like memories of those happy times
When we were all together.

Author Unknown
Posted by Um Samar at 12:00 AM No comments: 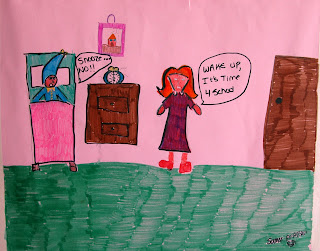 Foreshadowing and Flashback in the LOTF

“The hunters were looking uneasily at the sky, flinching from the stroke of the drops”(151).
→ catastrophe of murder/chaos.

“The desire to squeeze and hurt was over-mastering” (115).
→Simon’s death

→ If someone could land on their island, they could be rescued.

Foreshadowing of Trouble and Disorder:

→Disorder on the island

→ The fire represents order and civilization, so with the fire out, there would obviously be disorder.

Foreshadowing the evil emerging in Jack and Roger:

→ Roger will be evil; kills Piggy with rock.

http://www.youtube.com/watch?v=2S4LrnzqocU
Posted by Um Samar at 6:13 AM No comments:

Oh stars shinning above
Say hello to the one I love

Tell her that as I now fly
The clouds join me and cry,

That I miss her a lot
When I travel and leave my spot.

I am sure that she knows
That wherever I go, she goes.

I keep her closely in my heart
Always together, we never part.

Now as I sit in my in my seat,
I think of her with every heartbeat,

Recalling places we traveled together
with different types of weather.

Those memories carry a smile to my face
and occupy my mind and the empty place. 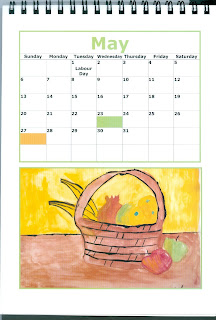