Lyrics and link of Days Go By (Dirty Vegas)

Oh, days, come back
when we were five!
When happiness in our home
was able to thrive
The days that we enjoyed
when SAMAR was alive
The days before my beloved
went on her last drive
And before joy became
a word in our archive
Oh, present, I wish
that you had not arrived!
I never have imagined
that I would survive
a day
where in the sea of sorrow
I would dive
Oh, days, come back
to when we were five!

Tonight we cried together,
my lovely,special friend.
It's rare to share true feelings;
most try to keep them in.

When all my words are sad ones,
and all my thoughts tear-filled,
it helps to know you love me,
enough to listen, still.

Others think to cheer me
they should take my thoughts away.
But my pain remains unbroken.
My words dam up and stay.

Instead you burst me open-
out come my words of grief.
I share my darkest thoughts with you,
and then I feel relief.

By Genesse Bordeau Gentry
Stars In The Deepest Night p.43
Posted by Um Samar at 4:04 AM No comments:

In April of 1978, a leftist government seized control of Afghanistan with Mohammed Nur Taraki as their prime minister. Taraki announced a revolutionary program including the emancipation of women, land reform, and a campaign against illiteracy. In addition to the fact that Taraki was running a secular government, these reforms inspired opposition from Islamic traditionalists. In response, Taraki looked to the Soviet Union for support.

In spite of both the Soviet Union’s military and economic support, the Islamic militants were gaining more and more powerful to the extent that they controlled the majority of the Afghani countryside by 1979. Civil unrest reached an acute stage when Taraki was assinated by the opposition. In response to the unrest, Taraki’s successor, Hafizullah Amin, launched a campaign of terror where he had his opponents arrested and shot. Amin became even more of a revolutionary as he swept aside Muslim tradition in an effort to make Afghanistan more Western, thus aggravating the Islamic traditionalists even more. As a result, thousands of Afghanis began to join the Mujahadeen- a guerilla force on a holy mission for Allah.

At this point, the Soviet Union faced a dilemma critical in determining its power in the region, it had to decide whether to send its troops to Afghanistan or not. Afghanistan’s strategic location made a compelling case for the Russians to send their troops. Afghanistan was a direct neighbor to the Soviet Union, and if it fell to the hands of the Mujahedeen this could lead to the invitation of a Western presence such as the US in the area. In addition, Afghanistan was neighbored by both Iran and Pakistan, countries that undermine the Soviet Union’s power in the region. Although there was a strong anti-U.S. sentiment in Iran, there was an equally strong anti-communist fervor from the Iranian Islamists. As for Pakistan, it was believed to be completely allied with American policy. On the other hand, if the S.U. sent its troops, it could face tremendous losses due to its unfamiliarity with the Afghani terrain.

Ultimately, the Soviet Union decided to send its troops to Afghanistan under the claim that they were invited and that they were supporting a legitimate government. The invasion of the Soviet troops in 1979 signified the fist invasion of the Soviets since the Warsaw Pact. The first task the Soviets wished to accomplish upon their entrance of Afghanistan was to assassinate Prime Minister Amin. Amin was believed to be conspiring with the CIA against the Soviet Union and as a result he was assassinated in December 27, 1979 and replaced with Babrak Kamal.

Civil unrest continued to increase dramatically as the Mujahadeen equipped with old rifles fought against Soviets equipped with napalm and poison gas. Even though the Soviet soldiers were much better equipped, the war was beginning to sway in the Mujahadeen’s favor due to their familiarity with the mountainous terrain.

Outside of the region, the United Nations openly condemned the Soviet invasion, but unfortunately a Security Council motion calling for the withdrawal of Soviet troops from Afghanistan was vetoed by the Soviet Union. The inability of the United Nations to stop this crisis from escalating further enhances the similarities between the UN and the League of Nations. They were both flawed systems that lacked real power to implement decisions. As for the US, President Carter used economics as a political tool as he blocked all grain exports to the Soviet Union. In addition, he ended the SALT talks taking place then, and displayed his outrage of Soviet behavior on a global level by boycotting the Winter Olympics held in Moscow in 1980.

The United States wanted to get involved in the Afghani Crisis in order to stop the Soviet Union from growing as a power, but seeing as how this crisis was shortly after Vietnam, the United States would be foolish to repeat the same mistake. However, this did not mean that it would not support the Mujahedeen fighters, this only meant that they could not help them directly. Thus they chose an indirect path to help the Mujahadeen militants which was by sending financial and military support through Pakistan.

In Afghanistan, the ferocity of the war was becoming more and more severe as the Soviet casualties were becoming heavier. Thus the Soviets abandoned ground action and resorted to the airfield. As Ronald Reagan becomes US president in 1981, he increased aid to Afghani rebels and provided them with Stinger Missiles, missiles capable of shooting down Soviet helicopters. The United Nations tried once again to create peace, but the U.S. and the S.U. resisted its efforts, further demonstrating the UN’s lack of real power.

In the S.U., propaganda was telling civilians that their troops were going to Afghanistan to build roads, but as more and more soldiers returned home, more people began to know the truth.

The war in Afghanistan continued well into the late 1980s as more and more foreign aid began to spill into the country. On one hand, the Russians under new leader Gorbachev, was financing the communist government, and on the other hand the US, Saudi Arabia, Iran, and China were financing the Mujahadeen. Foreign aid continued despite the Geneva Accord of 1988 prohibiting such finances.

Finally, towards the end of the 1980s Gorbachev pulled Russia out of Afghanistan under the terms of the 1988 agreement knowing that it could not possibly win the war. Even after the Soviet pullout, there remained a high level of unrest in Afghanistan as the Mujahadeen was at war itself with the emergence of the Taliban.

The Afghani war resembled a fire that continued to be fueled by foreign aid. This fire not only produced Afghani death tolls in the million range, but it also led Afghanistan to be the largest refugee group in the world. More than 10 years after the end of the war, 2.6 million Afghanis live in exile. The Afghani war signifies to me the most extreme of the Cold War events as it clearly shows the ruthless extent in which both super powers will go to flaunt their power.

Primary Sources:
Cnn interview with Valentin Varennikov for COLD WAR in August of 1997
Brezenski memos to Carter on Afghanistan courtesy of http://www.cnn.com/SPECIALS/cold.war/episodes/20/

and tears in your eyes.

You'd just been to the grave side

of my daughter,who had died.

From your saddened visage,

you also loved my daughter,

and you cried for her,and me.

helped connect us through tears.

Lori's spirit shines within us;

Gatbsy’s Eulogy, delivered by Nick Carraway who was put on spot at the funeral. People present: Gatsby’s father, the minister, and Nick.


“ (Clears throat) I don’t think I’ve ever seen Jay’s house as empty as it is today. The life, fun, and excitement that have become characteristics of Gatsby’s beloved house seem to have passed with Jay. I remember the first time I came here was when I attended one of Jay’s famous parties. At that party, I could barely move because of the amount of guests. To speak to the person sitting beside me, I would have to shout, but now my words can get across to you two with a hushed whisper. Do not be fooled by the empty seats for Jay Gatsby was a name that slipped off everybody’s tongue at one point in time. (Nick looks at a wine stain on a carpet and remembers Gatsby’s parties).

Jay will always be remembered for his generosity. For he continuously opened the doors of his home to the public, providing them with entertainment, leisure, and endless nights of glamour. He was one of the wealthiest men I knew, but unlike my other wealthy acquaintances, Jay shared his wealth with everyone. Jay’s cars, servants, and other of his belongings were at the dispense of his acquaintances. I remember once Jay bought a complete stranger a brand new designer dress because she had torn hers at one of his parties. Only white hearted men are capable of such generosity. Jay always listened to his heart and not his mind; he was a slave of his own heart.

I don’t know if I am the right person to be delivering this eulogy due to the short period of time I have known Jay. His life was such a blur to me, but the mysteriousness of his identity did not blind me of his great attributes. His kindness, determination, and extraordinary achievements were evident whenever I conversed with him. (Looks outside window and sees yellow police tape around pool).

Not long ago, I remember being told that Jay was in fact Kaiser Wilhelm’s nephew. Rumors grew in number day by day, and each one was more preposterous than the other. The residents of East Egg and West Egg occupied themselves with unraveling Jay’s identity, and spread rumors in order to quench their dying thirst for entertainment. These people disappeared at the most inopportune time. How I would have loved for them to be here and discover that Jay Gatsby was not the nephew of Kaiser Wilhelm, but merely a boy with a dream. (Looks down at Gatsby’s body and puts a hand on his coffin).

I shall wipe the foul dust off your coffin dear friend (wipes coffin).Your body is no longer tainted, you can finally let it all go. Goodbye old sport.

Words of advice like
“You will heal”
To a grieving mother
are so unreal.
Is her heart
made of steel?
Or of layers
that she can peel?
Grief to mothers
is like a spinning wheel.
No one can appreciate the pain
she feels
Or the agony
that is felt and she conceal.
Do not advise a grieving mother
I appeal
And tell her that one day
“You will heal.”

Slipping Through My Fingers 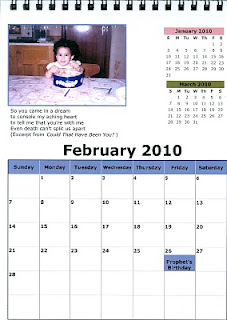