"On Grief "by William Shakespeare

Well, everyone can master grief
'cept he that has it.
Posted by Um Samar at 1:27 AM No comments:

I sing a sad song-
sadder than the sunset's walk
in the city of streets;
I feel grief in my blood
flowering from some hidden spring;
my friends,we die-
we sail into the end
without pausing to say goodbye;
our dreams,hopes,loves
come to an end
like footprints in the sand
chewed by the desert.

I sing a happy song-
happier than the sunrise
on another shore;
happier than the smile
a birthday-child smiles;
happier than a new kiss;
I feel a stubborn joy
conquering my blood;
my friends,we live-
we live each instant
to its deepest cores,collect
its treasures,trifle with its secrets,
lave ourselves within its ecstasy.

Of death and life I shall
a happy/sad sad/happy song
sing....

My First Grade One Journal (Back cover) 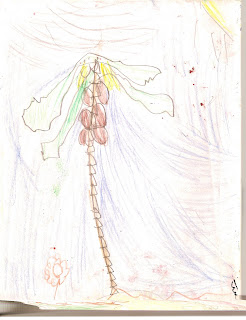 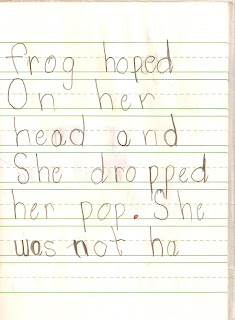 On Sorrow by Gibran

When you are sorrowful look again in your heart,
and you shall see that in truth you are weeping
for that which has been your delight.
Gibran Khalil Gibran
The Prophet
Posted by Um Samar at 1:47 AM No comments: 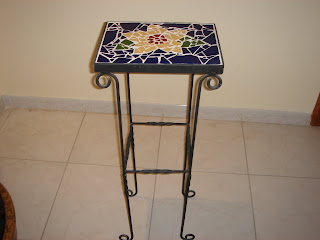 My First Grade One Journal Cont..(28) 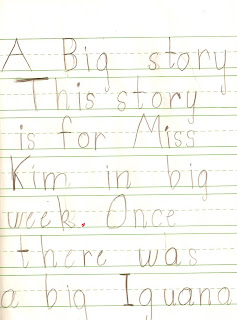 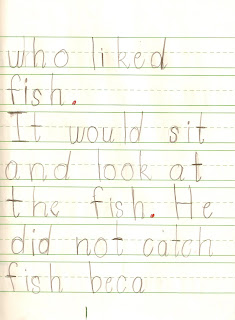 Our knowledge and beliefs are like our road map that helps us avoid wrong turns, and which needs to be corrected when it contradicts with our experiences.
Discuss this simile from the point of view of different fields of study and your own life experiences.

First of all, this simile can be true. As I mentioned earlier, at first glance the simile looks correct, simply because it makes sense. If you know something to be true, it will guide you in the right path, and if something contradicts your ‘truth’, you should correct it. In order for knowledge to guide us in the right direction, it must be true, and in order for it to be true, it must pass the truth tests. It must pass the correspondence test (corresponds to reality), it must pass the coherence test (it must fit with knowledge), and it must pass the pragmatic test (it is true if it works or gives useful predictions). We can determine truth through other things such as personal experiences, time, etc. Our knowledge in business and economics helps guide us in the right direction, because it is true; it passed the truth tests. If a good is inelastic (% change in quantity is less than % change in price) , we know that by raising the price of the good, our total revenue would go up. This knowledge guides billions of firms daily and helps them prosper, because it is true. Over time this statement has remained stable, and thus it will always guide you in the right direction. It was not always known that cigarettes are a leading cause of lung cancer, so many people smoked cigarettes carelessly unaware of the dangerous health risks. They thought that they were going in the ‘right’ direction, because nothing proved otherwise. But through time and experience, it became public knowledge that smoking is extremely bad for your health, so people began to cut cigarettes out of their lives, and thus were guided by their knowledge. Their road maps were edited, because they were flawed. I used to crack my knuckles frequently, unaware of the potential arthritis I might acquire. But when the knowledge that it is a cause of arthritis was presented to me, I ‘edited my map’ and made a symbolic turn into the right path. For the longest time people thought that if they did not get any sons, it was the woman’s fault, so they took multiple wives in order to increase the chances of getting male heirs. But then modern science proved that the male is the determinant of the sex of the child, not the woman, thus knowledge was edited. As for beliefs, it is hard to label them as ‘true’ or ‘false’, because they differ from person to person. But nonetheless, beliefs do play an important and significant role in guiding you. Many people share the common belief that if they do something good they will be rewarded either later in life or in their after lives. This belief may have been acquired either through religion, ethics, or simply through experience. This belief gives them an incentive to do good deeds, and thus it will guide them in the right direction.

Sometimes the knowledge some one has maybe false or untrue, and their beliefs may be ‘wrong’. When this is the case, they are guided into the wrong direction, while thinking that they are guided into the right direction. What a person believes in and knows may contradict with the laws of nature and life, etc. but to him, it is the ‘right’ way, and the only way. So, by following what he perceives as true knowledge, he is being led into the wrong side. My father wanted me not to enter his study when I was younger so that I would not bother him, so he told me that he was having a meeting with a monster. Naturally, I believed my father, a figure of authority to me, and acknowledged the existence of monsters. I would never enter his study, even when it was absolutely necessary, because according to my knowledge, there was a monster in there, therefore I was guided in the wrong direction. In South Africa, males suffering from HIV believe that they can be cured by having sexual relations with a virgin woman. This belief is wrong, and is proven to be false, but men still believe it, because to them it is ‘right’. They ignorantly follow their horrible belief and spread their fatal disease, making more and more wrong turns in life. In Bahrain, it is a common belief that women should not drink water after they give birth, because it is harmful to the breast milk being developed; it became knowledge that water is harmful to women who just gave birth. Modern science has proven that a person must drink about 8 glasses of water in order to maintain a healthy body, which refutes the Bahraini belief. As a result, many women suffer from dehydration as a result of the traditional belief. Adolf Hitler believed that the Aryan race is the superior race, and believed that other races such as the Semites were ‘evil’. Through propaganda and manipulation, his followers began to acquire this as knowledge and did wrong, ruthless things such as the holocaust. Therefore, knowledge and belief may guide us in the wrong direction if they are incorrect.

Another thing that this simile failed to mention is that what could be true knowledge or right beliefs may differ from person to person. This concept is best illustrated with a simple example. For example, through experience you became to know that 2 teaspoons of sugar make the best cup of tea. But one day, you made a cup of tea for your friend, and your friend hated it because it was far too sweet. Thus, what you knew as the recipe to the perfect cup of tea was completely different than another’s. Muslims believe that Jesus was not killed, while the Christians believe that he was. So the ‘right’ path to a Muslim may be a ‘wrong’ path to a Christian, or vice versa. It is hard to determine what is the right path, or the wrong path, because people’s perspectives on matters differ.

Something that refutes this simile is that knowledge sometimes steers you in the wrong direction. When I was in the first grade, they taught us that tomatoes were fruits, so when my mother asked me to do a fruit salad, naturally I added in tomatoes. The fruit salad tasted awful, because the tomato was a very unique fruit. We know that man can be easily manipulated through propaganda, but this knowledge can steer us into the wrong direction. Propaganda is used in our every day lives, but especially in politics. During the World Wars, countries used propaganda to gain troops. They used their knowledge of the effects of psychological manipulation in order to increase the amount of troops; the amount of fatalities was undoubtedly going to rise. Thus the knowledge of human vulnerability was used for ‘evil’. Everyone knows that humans respond to acts of violence. This knowledge is used for immoral activities, such as kidnapping and robbing; people were guided in the wrong direction due to their acquired knowledge. Beliefs also steer you in the wrong direction sometimes. Muslims believe that after they do their hajj (pilgrimage), all of their sins will be erased. As a result some people might sin all their pre-hajj lives, because they think everything they did will be undone after the hajj. The indigenous South Americans such as the Mayans, believed that in order to pay respects to their gods, they must offer them human sacrifices. As a result of this belief, they sacrificed innocent lives in order to fulfill a belief.

Finally, what the simile doesn’t mention is that some people choose to ignore the knowledge presented. Going back to the smoking example, it is common knowledge that smoking has health risks, but some choose to ignore it and end up in the wrong direction. Knowledge can guide you, but it doesn’t always. Muslims believe that alcohol is forbidden, but some choose to simply ignore this and could endure the risks of drinking. As for me, I know that biting my nails is very bad for my cuticles, but I continue to do it regardless of my knowledge. Not everyone turns to their roadmaps for guidance.

"God is too wise not to know all about us and what
is really best for us to be and to have.
And He is too good not to desire our highest good
and too powerful, desiring not to effect it.
If then what He has appointed for us does not
seem to us the best--or even to be good--
our true course is to remember that He sees further than we do--
and that we shall understand Him in time when His plans
have unfolded themselves. Meanwhile, casting all our care
upon Him since He careth for us." 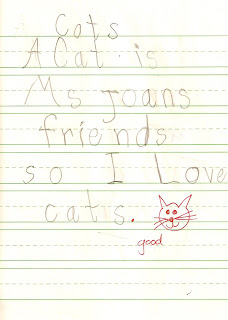 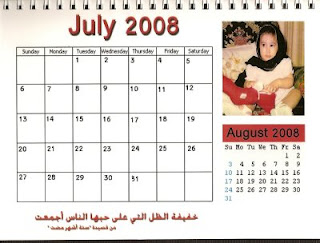