As the year comes to an end
And everyone has greetings to send
And reserves a place for the New Year to spend
I put a smile on my face and pretend
That I am okay as no one can fully comprehend
My heartache, neither a relative nor friend
Forgive me loved ones, I do not mean to offend
But my wounds will never mend
Since my grief and my blood blend
I wish I could my history amend
And the movement of time suspend
Not having to face another yearend

I finished writing my first draft like 2 days ago, and it took me sometime. The I-Search is getting easier. We are practically almost finished. I have to shorten my essay though I think it’s too long. We are working on the bibliography thing and that is like just writing the bibliography cards on a piece of paper. I’m so sick of the I-Search that the other Wednesday I was watching TV and my friend called and said to put CNN. I thought something bad happened but it turns out that it was euthanasia. It was this Q and A thing. It reminded me so much of the pressure of school and the I-Search that I changed the channel. I probably could’ve benefited from it, but I was so angry that it was a Wednesday and we would watch something about school. Besides, Ally McBeal was on star world. We got roughly around a month to finish this year and start summer.WAHEY!
Samar Al Ansari
Grade 8A
2/6/2002
Posted by Um Samar at 4:04 AM No comments:

Splendour In The Grass
What though the radiance
which was once so bright
Be now for ever taken from my sight,
Though nothing can bring back the hour
Of splendour in the grass,
of glory in the flower,
We will grieve not, rather find
Strength in what remains behind;
In the primal sympathy
Which having been must ever be;
In the soothing thoughts that spring
Out of human suffering;
In the faith that looks through death,
In years that bring the philosophic mind.
William Wordsworth
Posted by Um Samar at 1:04 AM No comments:

Woohoo! I just finished my sentence outline; it took a lot of time. I feel like my outline has weird stuff in it and I’m scared it’s wrong and I’ll have to do it all over again. The school year is almost over and that means the I-Search experience is almost over, Yay. But this is the hardest part, writing the essay. Euthanasia was a tough topic but my stand is still against it. How could someone kill another?
Samar Al Ansari
Grade 8A
28/5/2002
Posted by Um Samar at 4:04 AM No comments:

“Words are more powerful and treacherous than we think…”

A man’s life can change with a single word. Words can be bullets to the heart penetrating through your flesh until you explode with pain. They can be the difference between hope and despair. They manipulate the mind, and change it. They arouse emotions that you tried so hard to conceal; they are the painful reminder of reality. Words build you and destroy you; they are the ultimate force.

“Sticks and stones may hurt my bones, but words will never hurt me” is completely and utterly false. This alone is an example of the power of manipulation with words, for adults told this lie to young children in order to prevent them from getting hurt. Words do hurt; words can destruct your self esteem and your joy of life. For instance, a pretty girl with a healthy self esteem might start to despise herself because she heard the object of her affection call her “ugly” behind her back. This four letter word is responsible for her tears, her pain, and her different personality. She would grow depressed, view herself as “ugly”, and literally be destructed emotionally. A person receives a blow to the stomach when he hears someone calling him fat. Some even go to the measure of strict diets and starving themselves, thus they are affected physically as well. Kids are labeled as cruel simply for their hurtful words and games. Every child has either delivered or received these hurtful words, and has never been the same again. I still remember when someone called me a midget in the first grade, and now I am ten years older. These words stick with you, because they hurt you on an emotional level and thus hurt your pride. A harsh word is undoubtedly more painful than a blow to the face, because a harsh word is a blow to the heart.

The power of manipulation lies in the words you use. They are capable of changing your point of view, and brainwashing you. This can be easily illustrated through a simple everyday example. When a daughter wants something from either one of her parents, she chooses her words wisely. She is careful to compliment them, indirectly leave questions unanswered, and be as vague as possible. For instance, if she wants to go to an unsupervised party, she will try to hide the fact that it’s unsupervised as much as possible. If her parents directly ask her if there will be adult supervision, she will answer,”Would I go to an unsupervised party?” This rhetorical question is extremely persuasive in nature, thus her parents will trust her, and she will not feel bad because she did not directly lie to her parents. Connotation of words are very important as well; when you are called chubby, your pride is less hurt than when you are called obese. If someone is trying to persuade you, he will choose his words wisely. For example, “It’s your duty as a Muslim”, he would,” It’s your duty as a devout Muslim”. George Orwell has displayed the importance of connotation of words by double speak, for example revenue enhancement sounds much better than tax, thus people are more willing to add to the revenue enhancement than pay taxes. Propaganda is one of the most important persuasive tools. Words play a big role in propaganda, if not the main role. Hitler specifically chose the words he would use in speeches; he chose words that aroused emotion, and thus was incredibly persuasive leader. His pro war slogans emphasized on bringing back the glory of Germany from the pre-world War I era, and thus aroused the bitterness caused by the Treaty of Versailles. Hitler was an incredibly ruthless man, but he recognized the importance of persuasive words. His propaganda techniques played an important role in his rise to leadership; his words were as important as the ruthless force he exerted. Ambiguous words are vague, thus they confuse people. Imagine telling a young boy to give you the “thing” (pen), but he thought you meant the knife, thus he cut himself by doing what he thought you wanted him to do. Words can change your mind, for only after listening to a good argument does my view on a matter change. A mixture of connotation, ambiguous words, rhetorical questions and many other manipulative techniques may change my view on something I used to feel so passionately about.

Sometimes man spends a lifetime trying to conceal his real emotions. Sometimes he is completely unaware of the emotion. In both conditions, words can bring out those emotions you tried so hard to hide. In Anna Karnina , Anna tried to hide the feelings she felt towards Fronsky. But when Fronsky told her how he felt, he aroused the emotions that were hidden in her heart. A few words managed to make her an adulteress, a few words were indirectly responsible for her suicide. A few words acted as a home wrecker. Freudian slips also arouse emotions that are desperately trying to emerge. Sometimes you tell someone “I love you”, and you realize that you actually meant it. It was an unintentional slip of the tongue that managed to enable an emotion to emerge.

If words weren’t powerful, man would not spend so much time talking. Words are one of the most effective mediums of expression, for they can destroy you physically and emotionally; they can also have the opposite effect on you. You must fear a word like you fear a weapon, because a word can hurt. A word can also make you feel better, brainwash, and deceive you.

We are working on a sentence outline now. I just finished my point form outline now. I used 22 out of my 25 note cards. The I-Search is hard and I can’t wait till it’s over. The more I do research, the more against euthanasia I am. I mean killing in anyway is wrong. Some say that there are those special circumstances in which killing is OK ,that is wrong . Some patients could be in so much pain but they should let nature take its course. Also euthanasia is like suicide, so it is against all religions. Why is this called I-Search if we can’t use the word “I”?
Samar Al Ansari
Grade 8A
20/5/2002
Posted by Um Samar at 4:04 AM 6 comments:

The mentions of my child's name may bring tears to my eyes but it never fails to bring music to my ears.

If you really are my friend, please don't keep me from hearing the beautiful music. It soothes my broken heart and fills my soul with love.

Nancy Williams
Posted by Um Samar at 4:04 AM No comments:

SAMAR: In Search of Sunrise

Days are not the same

Days come and days go
But they have lost their glamour and glow
And became empty, full of awe
Since we had our biggest blow

Days are dull and not the same
How can I go on without calling your name?
And without seeing you, a beautiful dame
Alas all what I have now are pictures in a frame!

No heart is bigger than a mother's heart
But can I forgive life that pulled us apart?
Although I am thankful to God, there is no doubt
Yet my heart bleeds since your depart

With every glance, I see you there
Like my shadow, following me everywhere
Or as an angel that hears my prayer
And comes to comfort me, by just being there 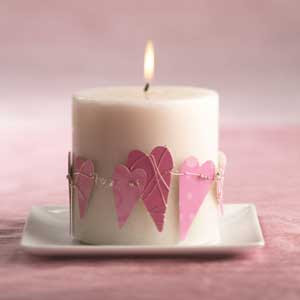 Light a candle for SAMAR on the Worldwide Candle Lighting Day, December 14th 2008 at 7:00 pm your local time
To know more about candle lighting, follow the link below :

http://www.compassionatefriends.com/News_Events/Worldwide_Candle_Lighting.aspx
Posted by Um Samar at 4:04 AM No comments:

I did 20 note cards, I did 20 note cards! Many people against euthanasia say that the situation for people in endless pain is strong medications or pain killers don’t they know that medications can be expensive and the patient could be poor. Don’t they know that pain killers don’t control the pain as much as the patients would like. Sometimes death (in their opinion) is their only way out, but I don’t agree with that. But maybe the pain is reduced, that is why people shouldn’t attempt suicide.

Extracts from the Prophet

And you would accept the seasons of your heart,
even as you have always accepted the seasons
that pass over your fields.
And yu would watch with serenity
through the winters of your grief.
Khalil Gibran-The Prophet
Posted by Um Samar at 4:04 AM No comments: 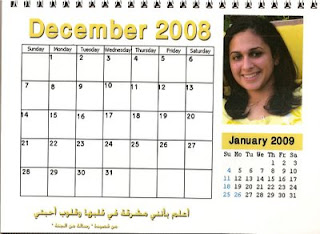