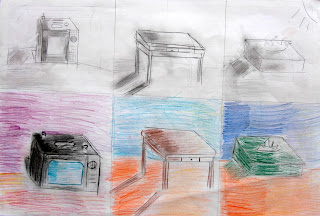 In the first few paragraphs of George Orwell’s 1984, the reader catches a glimpse of the extremely uncomfortable life Winston lives. The apartment building in which he lives is described vividly and the components of society and the political party are introduced. Orwell successfully established a depressing and disturbing setting through his abundant use of descriptive language. Vivid descriptions of the main character Winston are evident in the beginning of the novel, helping the mood to be established more effectively. A great use of imagery is included, both visual and olfactory, as well as his detailed descriptions of objects and the world Winston lives in.


Through the character descriptions of Winston, the reader infers that Winston is an extremely uncomfortable man, both physically and mentally. This greatly helps to establish the disturbing and depressing mood. In the first few sentences of the passage, Winston enters his building with his chin nuzzled into his breast in hopes of escaping the vile winds; it is evident from the first few sentences that Winston is extremely uncomfortable. The physical discomfort of Winston adds on to the feeling of disturbance and depression in the reader’s mind; “The flat was seven flights up, and Winston, who was thirty-nine, and had a varicose ulcer above his right ankle, went slowly, resting several times on the way”. In this particular quote, Orwell is trying to say that even though Winston is relatively young, he is finding it difficult to go up a few flights of stairs, because the society in which he lives in has caused his body to grow tired. He is depicted as a small, frail figure whose skin has been roughened by coarse soap, blunt razor blades, and the winter cold. From this depiction, you can infer that Winston’s discomfort is a direct result of the environment in which he lives in. Discomfort is obvious in Winston’s actions as well; “Winston kept his back turned to the telescreen. It was safer”. He is obviously scared and uncomfortable, as anyone would be if they felt there were being spied on. The depiction of Winston as an extremely uncomfortable and scared man is one of the methods Orwell uses to establish his depressing and disturbing mood.

Images of a depressing setting appear in the reader’s mind as he reads the passage. Every object is described with such detail that it would be hard for a clear image to not appear in the reader’s mind. The description of the Big Brother poster leaves the reader feeling unsettled and scared; “It depicted simply an enormous face, more than a meter wide: the face of a man of about forty-five, with a heavy black moustache and ruggedly handsome features”. Big Brother is described elaborately to the extent that description of his features makes the reader feel that it isn’t a poster, but a real intimidating man who is watching you. Big Brother is even given an age by Orwell, thus making him more and more realistic. Orwell also goes from using the word poster to the word picture while describing Big Brother thus adding to his realism; “It was one of those pictures which were so contrived that the eyes follow you about when you move. BIG BROTHER IS WATCHING YOU, the caption beneath it ran”. The reader is left disturbed and depressed because he feels that Winston and all the inhabitants of Oceania are being watched and spied upon. Orwell’s description of London leaves an unsettling feeling in the reader as well; “A kilometer away the Ministry of Truth, his place of work, towered vast and white above the grimy landscape”. The word grimy in this quote is significant in establishing a depressing mood, for you can actually visualize the Ministry of Truth within depressing London. His extravagant description of London itself also adds to the depressing mood; “Were there always these vistas of rotting nineteenth-century houses, their sides shored up with balks of timber, their windows patched with cardboard and their roofs with corrugated iron, their crazy garden walls sagging in all directions?” This quote paints a depressing picture for the reader, a picture in which the city of London is depicted in the same way that Winston is, worn down by its environment. In addition to the visual images, Orwell also uses the technique of olfactory imagery to convey the mood of the novel. The hallways of Victory Mansions have a distinct odor, boiled cabbage and old rag mats. This specific odor is not associated with pleasant atmospheres, for it is a foul odor. This description of the odor only adds to Winston’s discomfort. He is physically tired as he is walking in his apartment building which has a foul odor, and is having his every move watched. The foul odor of the hallways makes the reader feel even more disturbed and depressed, because it only adds to the discomfort of Winston.

Cold weather has always been associated with depressing atmospheres. Orwell mentions the cold weather quite frequently throughout this passage, for the passage begins with, “It was a bright cold day in April”. Also, Winston enters the building with his chin nuzzled in his breast in order to escape the extreme cold. When Winston’s appearance was being described, it was mentioned that his skin was roughened by the cold of the winter that had jus ended. Winter is not a very pleasant time of year, and the mention of cold has two purposes, to add to the mood of depression, and to add to Winston’s discomfort. “Outside, even through the shut window pane, the world looked cold. Down in the street little eddies of wind were whirling dust and torn paper into spirals, and though the sun was shining in the sky a harsh blue, there seemed to be no color in anything except the posters that were plastered everywhere”. After reading that quote, the reader feels overwhelmed and depressed, because he feels that even though Winston is inside the building he can still sense the cold of the outside world. Not only is the mood inside the apartment building, a depressing one, but so is the atmosphere in the streets of London. In the apartment building there is a foul odor and no privacy, and outside it is cold and colorless; this makes the reader feel that there is no escape from the depressing setting.

Letter to my Child

Thank you for the love you gave,

And all the joy you brought,

For all the times when you were small

And filled each waking thought.

For all the laughter, smiles and tears,

The studying and stress,

The memory of muddy boots

And that special party dress!

The days the house filled up with friends

I never knew each name,

The growing up, the leaving home,

The letters, cards and photographs

Each play their special part,

But thanks for the love we shared,

Still growing in my heart.

Iris Hesselden
Posted by Um Samar at 12:04 AM No comments: 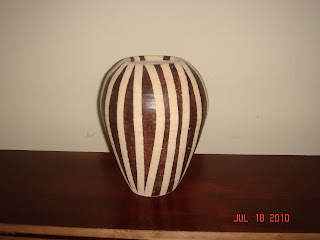 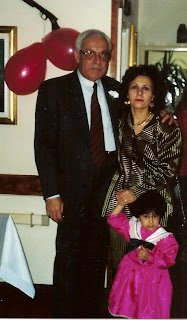 Today, I turn twenty-three
My only wish, is for you to hug me

Feel your kisses on my face
As we warmly embrace.

This wish will not come true
For I can’t physically be with you.

So blow me kisses up to the sky
One by one, let them fly.

I’ll catch each kiss wrapped with love
As it reaches the skies above.

Mom, this birthday gift is all I need
As from material things, I’m now freed

My love to you and to everyone
Who observes this day since I was gone. 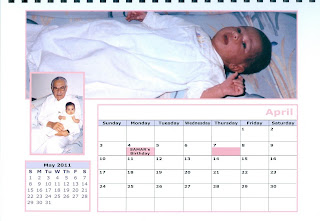