The Heroine of this play is Juliet. Juliet is the one who had to make all the major decisions and truly act like a woman. Everything was so simple for Romeo, but Juliet was the one who had to make sacrifices. First of all, Juliet was strong enough to disobey her father by refusing to marry Paris. Some might say that she ended up obeying her father at the end, but that is because she didn’t want to sacrifice yet another precious thing in her life. Juliet was not the type of person to weep over what has passed, but she was a person who took action. She went to Friar Laureee and asked for advice, then made a decision that will for sure affect the rest of her life. She decided to fake her death and lay in the Capulet tomb for about 2 days; I don’t know how more courageous you can get than that. Finally, unlike Romeo who was a chicken and drank poison to kill himself, Juliet killed herself by plunging a dagger into her flesh and dying a painful death. No one would choose a painful death over a peaceful death; Juliet did. Juliet was willing to sacrifice anything to the one thing she believed in, love.
In my opinion, Romeo didn’t understand love, and wasn’t sacrificing enough for Juliet. Everything bad in this play happened because of Romeo. Romeo constantly ran away from his problems, but Juliet had to face them like a true lady. Some might say that Juliet was a woman and Romeo was a boy. Juliet is a truly amazing character, who I look up to because she teaches us never to give up.
Samar Al ANSARI
GRADE 9.2
2003
Posted by Um Samar at 8:37 PM No comments: 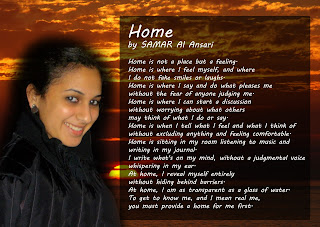 To the New Inhabitants of this Fine Island

Objective:  Use 10 vocab words in a letter inveighing against a character’s actions or life on the island in the voice of 1 of the characters, or an outsider/observer.
To the New Inhabitants of this Fine Island,
Enough is enough; for my limit has been reached.  I have tried to occult my anger for God only knows how long hoping that life on the island might change, hoping that Ralph might change.  Unfortunately, he didn’t; he still the remains the weak leader he has always been.  I have seen the weakness in his eyes since the day we first met, but you my brothers, surmise that he is a strong, able leader.
His bombastic speeches filled with drivel may give off the impression that he knows what he is talking about, but he obviously does not.  What kind of a leader would insist on providing mediocre huts over fresh succulent pig meat?  He is not giving the people what they want, he claims he is giving us what we need, but we don’t need a roof over our heads when there is not single cloud in the sky.  We need meat, meat to make us strong enough to build those damned huts!  I have been hunting for meat on the island since the day we crashed, and I have received no words of gratitude from him to lighten the great weight I have on my shoulders.  On the contrary, he condemns me for not helping with the building of the huts. He constantly infringes on the hunting process when it is supposed to be my area of expertise.  How can I help if I am in a complete state of lassitude after a day of exhausting hunting?
His stringent rules do not establish order in the island as he claims they will.  If that was the case, then how come the conch system is working terribly?  An old shell does not determine someone’s right to speak; that’s ludicrous. He is a callow leader, who obviously has no experience in being a leader; I on the other hand have had experience back in my school.  The way Ralph goes about things, gives off the impression that he thinks that we are going to be staying here for a millennium.  “We need shelter in case it rains…” said Ralph in one of his mind-droning speeches.  We should focus with what we want now, not think about days to come! I could give you what you want, I could ameliorate the conditions on this island, and that is why I exhort you to offer me your support.  I will give you what you want….
Your brother,
Jack
Samar Al Ansari
Posted by Um Samar at 10:47 PM No comments:

Tray made by Samar 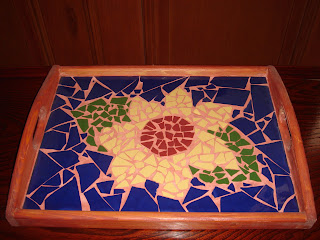 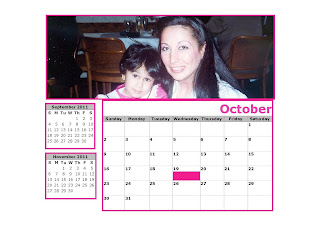