Jessi and Malory are alike: They are both nice. They both like to read novels and they are both good friends.

I was watching T.V. when I heard a noise outside so I went out and I saw a dog. It was very weak and thirsty so I gave him some water and biscuits. Then I took him outside, but he came back in. The next day I took him to the vet and he was so scared that he ran out, then we took him back in and they put him for sale. Now from time to time I visit this poor dog.

Wear not the black of mourning
But rejoice with me in white rainment.
Speak not in sorrow of my going
But close your eyes and you shall see me among you,
Now and forever more.
Lay me down upon leafy boughs,
Raise me high upon shoulders,
Then lead me slowly to the wild places.
Khalil Gibran
A Tear and a smile
Posted by Um Samar at 4:32 PM No comments:

Joseph Stalin is viewed by some as the Russian savior, but he is also viewed as the definition of cruelty. An ironic turn of events happened as a result of the Bolshevik Revolution. The Russians were tired of Czar Nicholas’s absolute rule and a revolution was led against him. But, Joseph Stalin ruled as an absolute ruler for almost 30 years. Joseph Stalin is a name associated with totalitarian rule, for he was the absolute ruler. Anything and anyone in his way was immediately destroyed.


Despite his status as a leader, he came from humble beginnings. He was born to peasants in the province of Georgia. His father worked as a shoe maker, and his mother as a maid. He was not an exceptional student, for he was not an intellectual. But one thing for certain, he was a man of action. He adopted Stalin, “man of steel”, in 1912.

Stalin did not take part in the Bolshevik Revolution, but joined Lenin’s cause in 1919. Later, he rewrote history and said that he did take part in the Bolshevik Revolution. He did have a role in the Russian Civil War between 1918 and 1920. He was later appointed as Commissar of Nationalities. He remarried at the age of 30 after his first wife died.

In 1920 the Bolsheviks were victorious, but soon food became scarce. Some began to wonder about the food that Lenin promised. Bolsheviks eliminated religion in order to increase their control over the Russians. In 1922, Stalin was appointed the Party Secretariat. He soon began to appoint people that were loyal to him in order to maintain control. Lenin suffered a stroke and wrote in his will that he did not want Stalin to rule, Trotsky was the most favorable. Stalin acted quickly by forming an anti-Trotsky alliance, and an alliance with the conservatives. He became leader after Lenin’s death and Trotsky was driven into exile in 1927.

As leader, Stalin began his 5 year plans, and imposed collective farming. Kulaks, people against this idea, were punished or driven into exile. Food grew scarce in the collective farms, and as a result of the famine many turned to cannibalism. Stalin denied the famine.

Stalin used terror and propaganda to maintain power. He enforced gulags, or labor camps, in which people worked to death. He once said, ‘Death solves all problems. No man will result in no problems.’ When questioned about how long he will continue to kill people that were in his way he said, “As long as necessary”. He began to purge intellectuals. In 1936-1938 he began his “show trials”, in which he sent many Bolsheviks to trials. It was the ultimate psychological mind game, the Bolsheviks would confess to crimes they didn’t commit after long periods of torture. In 1940, Stalin sent one of his men to kill Trotsky in Mexico; Trotsky was killed with an ice pick. Stalin blamed his terror on an overzealous police force. Stalinist Russia was filled with propaganda posters, edited pictures, and basic control of sources of information. The Russians were indoctrinated by Stalinist policies.

Stalin’s wife knew of Stalin’s ruthless ways, and it is believed that she committed suicide. Some believe that Stalin killed her after an argument. Stalin had an alliance with Hitler during the beginning of WW1, but after the surprise German invasion of Russia, Stalin had no choice but to forge an alliance with the allies.
Samar Al-Ansari
Grade 11.5
Posted by Um Samar at 4:14 AM No comments:

Please come back
even if
for few moments,
I pray.

As a parent,
I took your life
for granted
and never imagined
that you’ll ever leave before me
even by one day.

With your departure,
not only had I lost a part of me
but many other losses
And now my old self
seems so faraway…

There aren’t any words
that can express how distraught
I am, or images that
can adequately portray
my yearning for you
and for the moments
we shared in sadness,
joy or play.

By going unexpectedly
away,
You gave me no chance
to tell you
all what I wanted to say.

I wish to apologize
if I ever caused you
any dismay
and also want you to know
that I think of you
night and day.

Even though,
you’re in my heart
and forever you’ll
stay,
I want you to
please come back
just for few moments
I pray.

Come back to hug me
and tell me
“Mother, I am okay”.
And for me to hold you
for a moment,
in my arms
and say all what
I need to say.

Or better,
come back to affirm
that your death
is just a hearsay
And that you
went on a trip
and that is why
you were away. 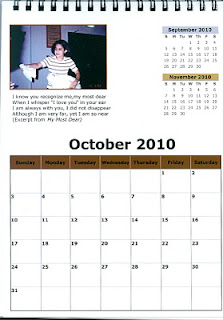